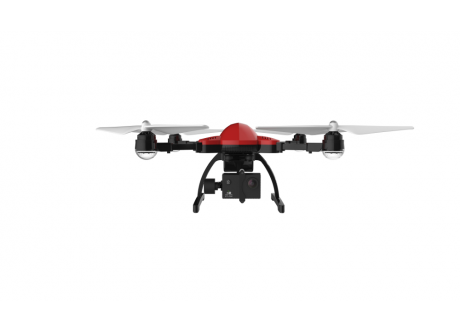 The Easy-to-Fly Drone with follow me function that anyone can fly…literally.

The Chilli Tech Pro Drone is a self-flying drone with auto-follow function so it follows you with a camera (that is included!) that captures awesome videos. Now you can capture all of your outdoor adventures on video…from the Air!

The camera housing is also designed to carry a GoPro™ during flights.

The problem with flying most Drone’s is that you need to learn how to fly them using a remote controller where you have 2 x levers on a remote control which work up and down, left and right…and then you have the problem when the drone is facing you and front and back have inverted, it’s pretty difficult to master!

That was until the Chilli Tech Pro Drone launched. It’s a self-flying drone which uses a Smartwatch to control. Basically it is super simple to fly – anybody can fly one.

It’s also super simple to take with you on your travels because it folds away and easily packed in to the hard case provided.

This is how you take off:

1. Switch on the Watch controller

2. Switch on the Drone

3. Press 1 Button on the watch to start the drone

It’s as easy as that.

What can it do?

- Take-off with a press of a Button – simple.

- Hovers automatically (so there’s no worrying about what to do as soon as it’s in the air!)

- Send it any direction using simple buttons (no levers here to worry about!)

- Using a GPS wrist band included, the drone has a follow-me function where it will follow you as taking video as you walk, run or cycle!

Drone with everything ready to fly